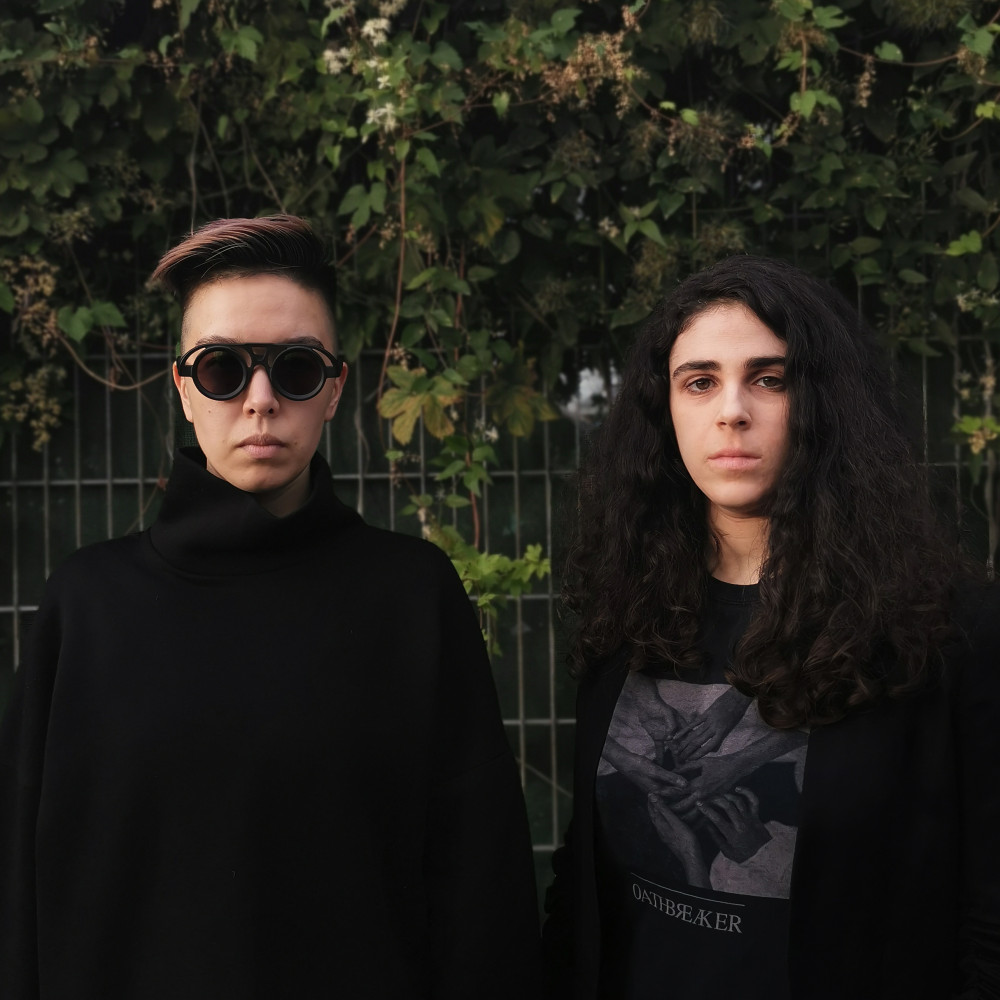 
Mika Hayashi Ebbesen, aka Mikatsiu, is a queer Japanese-Norwegian artist, who identifies as a frequency witch and works in the independent art publishing sector. Previous experience as an exhibition mediator stimulated a strong interest in global history and decolonial strategies; this has in turn influenced their approach to editing and the interrelations of language. They currently co-curate From Breath To Matter, a Berlin-based performance series exploring the voice as a medium within the field of sound-dance, and continue to investigate how the intersection of sound and the human body produces new social vocabularies—they also occasionally perform cello.

Sara Neidorf is a Philadelphia-born, Berlin-based drummer and film curator. She plays in the bands Mellowdeath, Aptera, Sarattma, Choral Hearse, and Mad Kate | The Tide, and also teaches the drums to women and non-binary people. Neidorf has recorded and toured internationally as a session drummer with such acts as The Brian Jonestown Massacre, Valerie Renay, Godmother, City at Dark, and Tau. When not drumming, she co-directs and curates Final Girls Berlin Film Festival, which showcases horror films made by women and non-binary filmmakers, and previously organized the film series Queer Film Klub and Women on the Verge. Whether through music or film curation, she enjoys exploring tensions, crevices, the unsavory, and shedding light on things that are not so readily exposed.