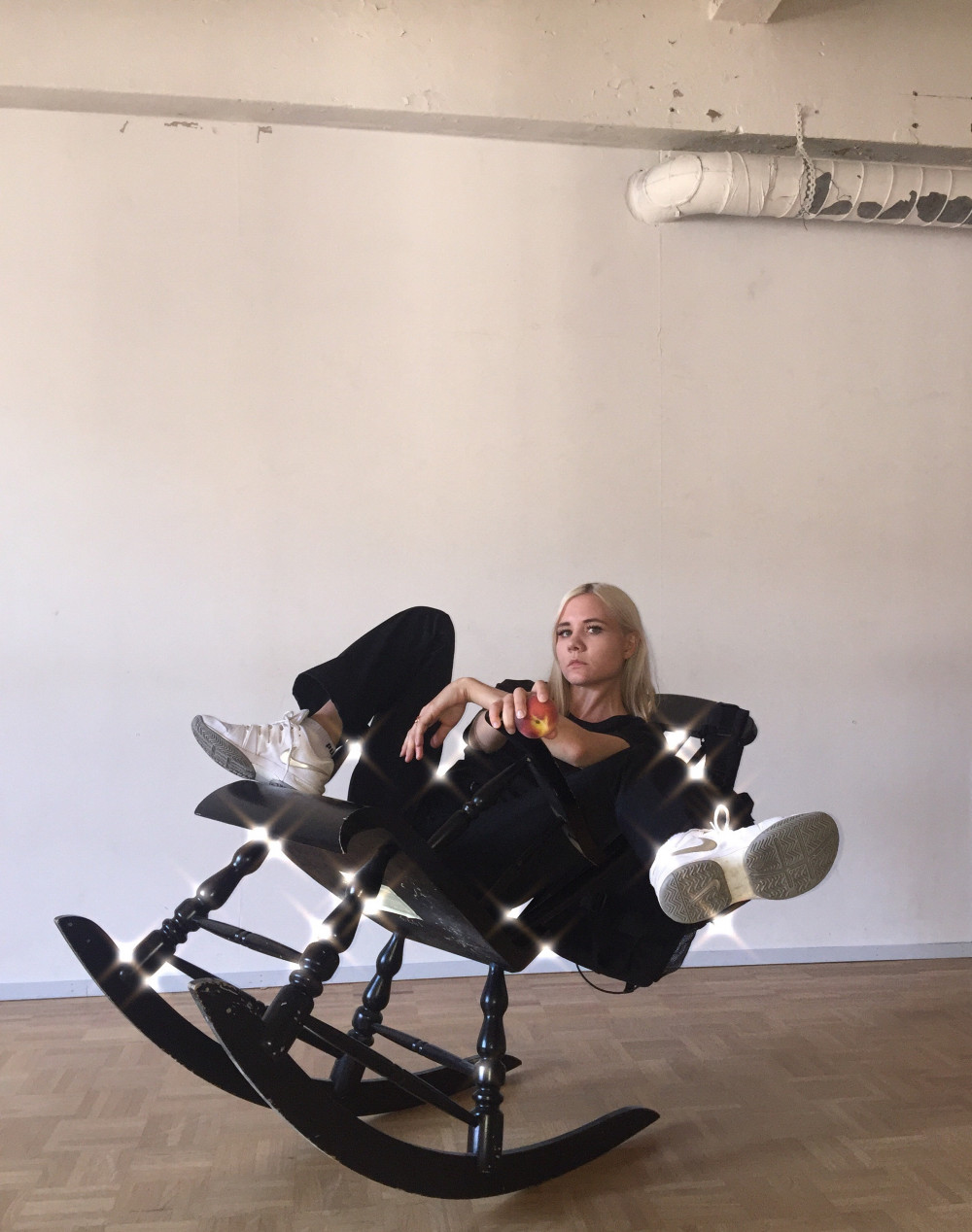 
Maria Metsalu is an Estonian choreographer and artist creating highly visual performative works that place her own body at the center, regardless of the chosen medium. A founding member of international performance collective Young Boy Dancing Group, she views performative experiences and performing deviance as possibilities through which one may reflect upon the state of things and become inspired to act. These are formats through which collective memory could be created. Metsalu is interested in an emancipated audience and ways this activation can be achieved, while challenging, destabilizing and altogether abolishing the position of the spectator. She views performance as a radical space, capable of creating new meanings, new ways of looking and seeing.

Graduating from Amsterdam’s School for New Dance Development (SNDO) in 2016, Metsalu has exhibited her solo work at kim?, Riga, Performa17 in New York, and Kunstraum London, as well as Theater Nanterre-Amandier in Paris, Helsinki’s Kiasma Theater, Les Urbaines festival in Lausanne, and Vienna’s Impulstanz Festival, among others. With Young Boy Dancing Group, she has made a number of international appearances, performing and exhibiting at venues including Schinkel Pavillon, Berlin, Ceremonia festival in Toluca, Mexico, Athens Biennale, Baltic Triennial Tallinn, Denmark’s Roskilde Festival and the Lithuanian Pavilion of the 56th Venice Biennale, to name a few.