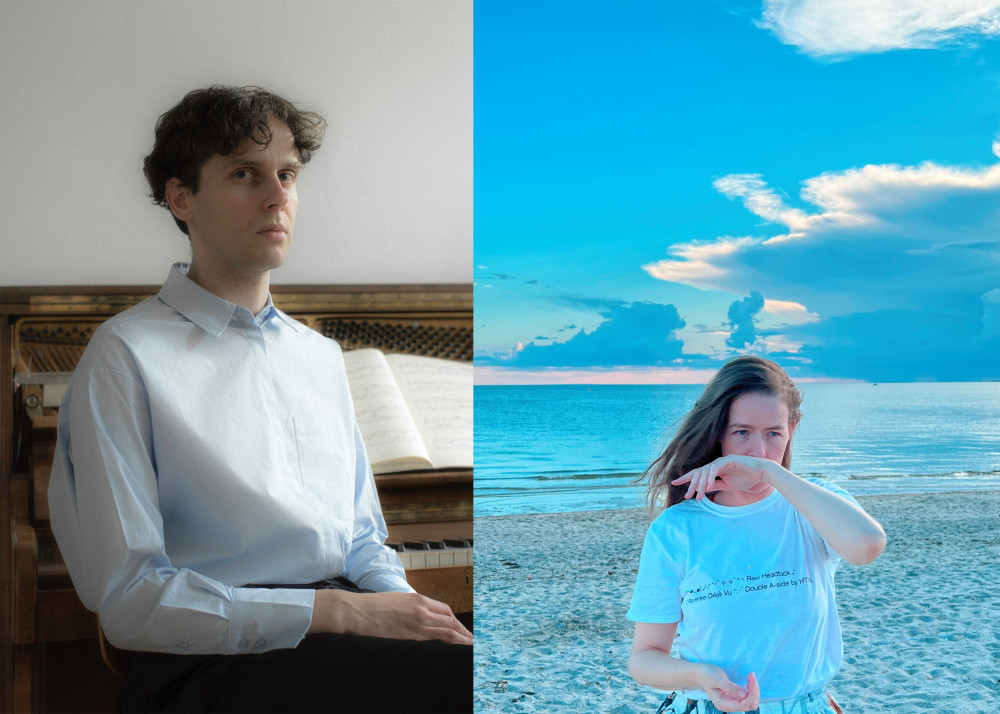 
Gnarled Roots of a Creation Theory

Gnarled Roots of a Creation Theory is a performance named for a fabled PhD thesis by an Australian businessman who claims to be anonymous Bitcoin inventor Satoshi Nakamoto. Twenty-first century mythology is at the centre of this broad, complex and chaotic piece, with the September 11 attacks in New York its origin story. Gnarled Roots explores the mediated experience of 9/11, by looking at the falling towers as a cataclysmic, theatrical mega-event in the ontology of all of the stories of the Western world.

Holly Childs is a writer, artist, and performance-maker based in Naarm (Melbourne). Her work, across fiction, poetry, visual art and performance focuses on the shifting mechanisms of storytelling in a contemporary world in which physical matter is constantly being reshaped, recontextualised, and rewritten by emerging technologies.

Gediminas Žygus (they/them) is a Lithuanian artist working in the fields of sound, film and performance. Their practice focuses on the experience of selfhood in the post-Anthropocene. Žygus has presented works and collaborations at Barbican Centre, Berghain, La Biennale di Venezia, Centre Pompidou, Haus der Kunst, HKW, Palais De Tokyo, The Kitchen, Unsound and others.

Together they have released two albums, Gnarled Roots (2021), exploring 21st-century mythologies revolving around the fall of the twin towers on 9/11; and Hydrangea (2020), exploring intimacy, disconnection, and reality bubbles. Together they have created performances based on these two albums that have been performed in botanical greenhouses, galleries, a medieval church, a former bathhouse and a former bear enclosure.

Holly Childs & Gediminas Žygus participate in "The Day of the Answer!"