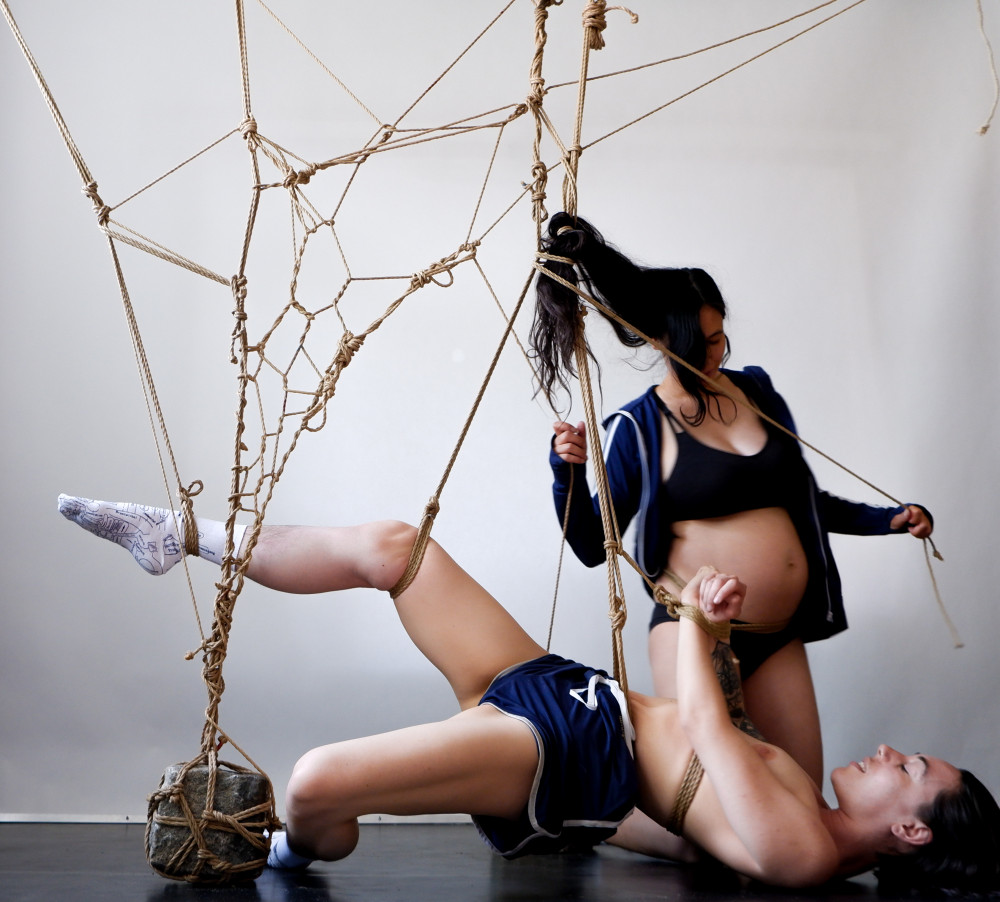 
Gestalta is the stage name of British artist Hannah Judd. They began working intensively with Japanese inspired rope bondage called shibari in 2007, and have studied with a diverse range of artists working with the practice in both Japan and Europe. In more recent years, their research has shifted towards a broader exploration of movement, bodies and environments. Gestalta has performed internationally, including at London’s Royal College of Art, University of Gothenburg, Culturgest in Lisbon, and Berlin’s Mainoeuvre Gallery, as well as a number of shibari festivals in Rome, Sydney, Prague, Moscow, Helsinki, and elsewhere. They are currently studying an MA in Fine Art at the University of Leeds and working as a resident teacher at Karada House in Berlin.

Dasniya Sommer was trained as a classical dancer in Berlin and New York, later working with the Berlin Staatsballett, the Cie Felix Ruckert and co-founding Schwelle7. Since 2008, she has developed her own choreography and collaborations with practitioners such as Helena Waldmann, Romeo Castellucci, Angela Schubot, Florentina Holzinger, Das Helmi and others. Sommer founded her own studio—Haus Sommer at Uferhallen Kulturwerkstatt—in 2016, where she is researching kinds of physical expression with a number of artists. She is a forerunner in combining ballet, contemporary dance, butoh, shibari, yoga, puppet play, masks, body paint, photo sessions and ability to new forms of performance. Sommer is also a teacher and advisor to directors and choreographers, both from her studio and abroad.

Gestalta and Sommer’s collaboration was founded on a shared and long-term curiosity in each other's work, while also researching collective interests in porous membranes, ecotones, liminal organs, and transient gestational spaces.

Gestalta and Dasniya Sommer have an activation at the opening of group exhibiton "In Excess."